Konkona Sen Sharma triumph on US


One award is for best director and another is for best actress. Konkona triumph on US stage. Konkona Sen Sharma touches new milestone in film world. She received the best Director’s award at the New York Indian Film festival. Konkana received the award for the movie ‘A Death in the Gaunj’. 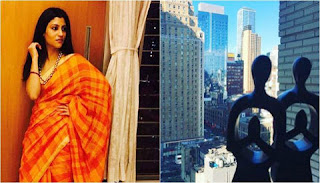 This is first film directed by her. She also won the Best Actress Award at the same time. Konkona Sen Sharma has been chosen as the best actress for Alankrita Srivastava’s movie ‘Lipstick Under My Burkha’.