May 10, 2017
Fans cannot wait to get a glimpse of Justin Bieber as he arrives in India.


Beliebers cannot wait for a moment as Justin Bieber in Mumbai.

Fifteen years old daughter’s inner tension is in her face. Red rose in her hand. A little bit of ‘Biliv’ is written in the black T-shirt. 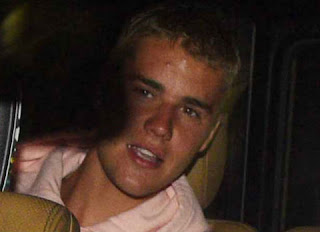 A teenager of sixteen years is standing beside her wearing the white t-shirt and heavy glasses. She is waiting with a placard written ‘We love you Justin’ for three hours.

A crowd of teenagers are waiting in front of Mumbai’s Kalina Aiirport late night on Tuesday. On overcoming the crowd,  Justin’s slim looks come at the end. He wears light pink hoodie and black shorts. Flower bouquet in the right hand. Bieber went to the cars and welcomes his fans with shake his hands and then entered the car. Fans enchant ‘Biliv’ T-shirt for view of Bieber. Fans burst into joy. 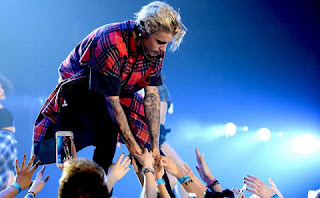 The concert starts at 8 pm. However, there was stunned for a ticked in front of the DY Patil Stadium. A teenager girl wearing a T-shirt said, “I can not believe that Justin Bieber has arrived in India.”  Justin’s ‘Lover yourself’ is her favourite. Ten thousand has been already spent including tickets and travelling expenses for the concert of the Bieber.

This is the first time that Bieber has come to India with the purpose of world tour. 23 years old teenage Heartthrob himself tweeted, ‘India, you’re next’.

Now it is time to just wait for Mr. Beliv!