What is the reason for changing the name? 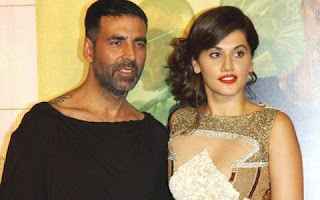 On Monday, Akshay Kumar went to a ceremony with the entire team of the movie of his production ‘Naam Shabana’. There Akki unveiled the mystery of his name.

Why does he change his name from Rajiv Om Hari Bhatia to Akshay Kumar? One of his fans asked him that question. Akshay said in response, “No one has asked me the reason of my name changes in the past. This is the first one asked me that question first time.”

The actor said, “my first film acting debut is Mahesh Bhatt directed movie ‘Aaj’ in 1987. Kumar Gourav is also the actor of that movie. The name of Kumar Gourav in that movie is ‘Akshay’. I acted just only 4 seconds. I would have noticed Kumar Gourav. And I watched his acting carefully. I do not know what is suddenly one day, I went straight to the high court. I have changed my name there. Since then my new name is Akshay Kumar.”