The photo of Misha debuted 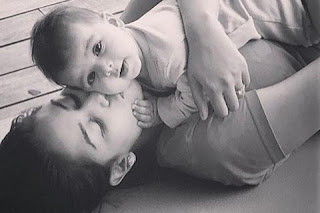 Many Bollywood actors have earlier posted photos of their daughter. Sometimes the photos of their daughter’s feet covered with wool and sometimes taking her daughter in his arms at sunset times. He made tweet on the 24th January National Daughter Day, “Misha is everything in my life. Every girl is the blessings of their family.’ Shahid got married with Meera Rajput on July 2015. Misha was born in the next year.