Twinkle Khanna has received crossword popular choice award. Twinkle Khanna got huge response on publishing her first book. Her debut book “Mrs Funnybones” was published by ‘Penguin publication’ on 18th August 2015. The book has gathered the acclaim of criticiser. This time Twinkle goes one more step ahead on getting Raymond crossword book award. 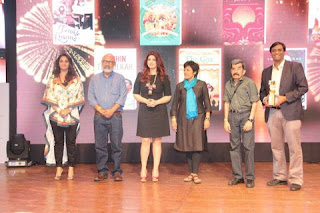 The book ‘Mrs Funnybones’ have been designated as the best book on the Popular Choice Award in non-fiction books section of 2016. ‘Mrs Funnybones’ was one among many within the best seller books of 2015. Not only that, this book was the maximum selling debut book of last year.

Twinkle has even published a book this year. Her second book ‘The Legend of Laxmi Prasad’ has released on October this year.