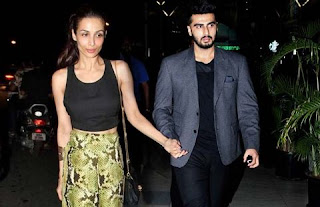 A media report of B-town has claimed a couple of days ago, Arjun has seen to go the home of Malaika at midnight recently. The question has risen repeatedly that Malaika is just friend of Arjun or not.

Or is it actually true buzz of B-town? However, Arjun and Malaika both have sealed their mouth. However, I think this time the patience goes down. Because Malaika Arora Khan finally her mouth on that matter. The clear answer of Malaika in a media interview of B-town, “Arjun is my very good friend. But people think absolutely different about us which are not true at all.”

Does the speculation stop with Malaika’s answer? Malaika does not explained anything about the reason of her separation with Arbaaz Khan.