December 13, 2016
Anushka Sharma thanks Shahrukh Khan after eight years of her bollywood debut.


Why Anushka gave thanks to Shahrukh Khan after eight years? The age of Anushka Sharma’s Bollywood career is Eight years. If she walks in the down memory lane then she wants to thank the man whose name is Shahrukh Khan. Her debut film is ‘Rab ne Bana di Jori’ opposite to Shahrukh Khan in 2008. 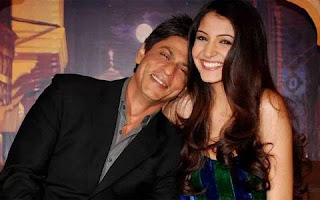 On sharing some old pictures, Shahrukh Khan wrote in twitter on Monday, I will never forget the memories of ‘Rab ne Bana di Jori’, Anushka and the rest of the lovely ladies of the crew and Fuchka….” Anushka wrote in response, “Thank you very much for sharing the good memories and of course for my best co-star.” The actress worked with Shahrukh Khan later in ‘Jab tak hai Jaan’ after her debut movie ‘Rab ne bana di jori’. If everything is going well, Imtiaz Ali’s ‘The Ring’, which is third movie of these pair, will be released on 11 August 2017.