November 09, 2016
Why may Kareena Kapoor’s baby shower not happen?


‘Baby Shower’ of Kareena Kapoor refused. Kareena gave birth of Son! A couple of days ago, the rumor was very hot in Bollywood. Saif Ali Khan has stopped this speculation himself. Chote Nawab has answered to all the controversy about the rumors. This time, Bebo’s ‘Baby Shower’ is about to be cancelled for his comments. 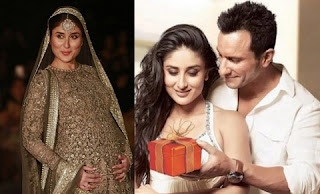 A close friend of Kapoor’s family said, “Kareena does not agree to do for the ‘Baby Shower’ at any way. And no one could convince her.” To be heard, her mother-in-law wants to make big arrangement of the party for Baby Shower ‘Godh Bharai’. But Kareena does not want to take any risk. Even so many rumors spread without any reason. Again, the arrangement of party or programs for ‘Godh Bharai’ means to make more news – at least the heroine feels this. If everything is going well, Kareena will give birth to the first child in December 2016. Before that she is seeking to stay hidden herself as much as possible.