Birthday massage of Big B

October 11, 2016
Amithabh Bachchan gives message to his well-wishers that show solidarity with our Jawans


Big B gave birthday message that stay beside soldiers

The age of Big B is 74. He thanked everyone for birthday wishes. He also present in a press conference on Tuesday. He explained in the conference that his age is not a big factor for him. He also told that he still wants to continue to do the work. Not only that, he will not feel hesitate to take more challenging role in future. 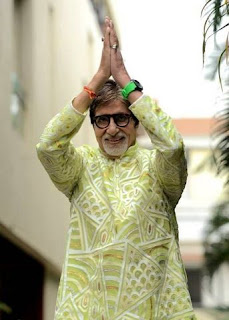 Recently, after the Uri attack, Bollywood confused to divide the work to the Pakistani stars. When the question asked on that topic, he was little serious and said, “Now it is not the time for that question. I will not comment on the issue.”

By dragging the context regarding the topic of Uri attack, he said, “the country men are in ire after the Uri attack. Those army jawan who endanger their lives to protect us and now we should be staying this time next to the soldiers.”