Why we never ask men are you a virgin?

September 18, 2016
Why we never ask men are you a virgin, says Amitabh Bachchan


Are you a virgin? If this question asked to a girl, then why were the boys dropped from this question? Recently, Amitabh Bachchan raised this question himself in a campaign of his current movie “PINK”. Sujit Sarkar, the producer of the movie, has support the comments of Amitabh Bachchan. Amitabh also told that the boys are never have to faced such questions. 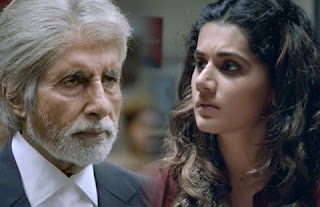 The film, directed by Aniruddha Roychowdhury, drew it in an another language. At least, Sujit also feels like this. The film depicts urban life. Sujit who born and brought up in Delhi drew his familiar story. However, Sujit wants to spread the movie everywhere in urban as well as rural area. In addition to the film actor Amitabh Bachchan, Taapsee Pannu, Kriti Kulkarni, Andrea Tariang and others also acts in the movie. The young brigade or like to see the performance.