After Priyanka Chopra and Deepika Padukone, Sonam Kapoor is going to act in Hollywood at the time. The actress of Neerja movie, has signed up with the best talent agency of United States of America, United Talent Agency. Her brilliant presence garnered international critics in Cannes Film Festival. Many Hollywood stars have received lots of compliment from fashionista Sonam Kapoor. 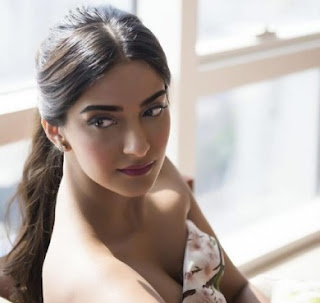 Earlier she was seen acting for some time in cold play music video. What’s her turn to Hollywood to win this time? The time will say that. 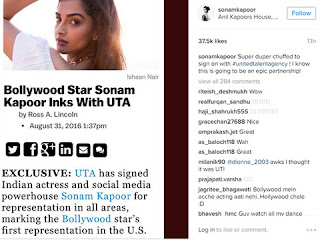 But the daughter of Anil hopeful, said on her Twitter account, she wanted to work in Hollywood long time. At this time her dreams was fulfill.