This can be seen first time that Jacqueline Fernandez will do ‘dhisuma dhisuma…’in the big screen. Amazing…even do you know with whom she will be fighting? With John Abraham and Varun Dhawan! Director Rohit Dhawan (Son of Devid Dhawan and elder brother of Varun Dhawan) film ‘Dhisum’, she can be seen in the new incarnation. 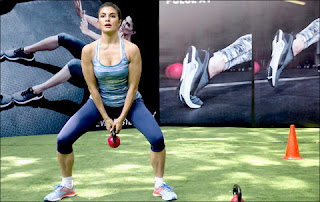 In fact, Jacqueline were never seen in action before this movie. So she is also a little worried as well. John is also in the opposite direction again. However, she is super confident in thinking. Everyone will be attracted by her action alongside the action of John and Varun. The actress of this movie Jacqueline often take tips from the actor John in off screen.