Ajay will gift Shivaay to his fans in Diwali

Ajay Devgan is shooting in hard schedule against fight with intense hypothermia. Ajay is doing such efforts for his upcoming movie ‘Shivaay’. Ajay was shooting in the circumstances at minus 19 degree temperature  in the Viren peak of Pirin mountain in Bulgeria. At the beginning during the shooting at Viren Peak, he was little confused. The condition was cold freezing. But he was unwilling to compromise a bit for the movie. 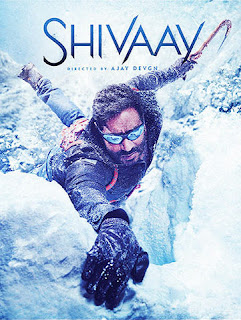 So he shows dangerous stunt in that unfavourable conditions. During act in the movie the actor of this movie overcome the problems of the altitude. As well as in the main role, the actor also make direction of the movie ‘Shiva’. The film was released on October 28. Now let’s see how much Ajay will gift the entertainment to his fans in Diwali.