September 10, 2015
After Bollywood actress Sonam Kapoor was trolled on Twitter for terming the four-day meat
ban in Mumbai as 'misogynistic', her contemporary Sonakshi Sinha, too, faced flak for her reaction to the ban. 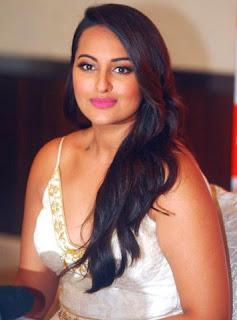 After Sonam Kapoor, Sonakshi Sinha trolled for tweet on meat banSonakshi's tweet refers to the ban on sale of meat in Mumbai on September 10, 13, 17 and 18 as part of Jain community's fasting period Paryushan.

Twitterati ridiculed her and accused her of being a 'hypocrite' because of an older tweet addressed to the then-health minister Dr Harsh Vardhan against ill-treatment of animals and seeking ban on import and sale of animal-tested cosmetics.


Sonakshi Sinha, who is currently in Budapest shooting for 'Force 2', took to Twitter on Wednesday to hit back at her trolls.