September 09, 2015
Spanish actress Penelope Cruz, who returns to Spanish cinema after a six-year absence
with new movie Ma Ma, says the protagonist is "an example of struggle, and a life lesson on how to deal with a tragedy". 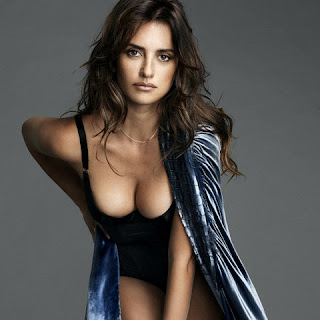 The Spanish drama — in which she portrays the character Magda — is scheduled to release on September 11.

Cruz said Magda is an unemployed teacher, who receives a diagnosis of breast cancer with a sense of gratitude and strength, stressing that the protagonist is "an example of struggle, and a life lesson on how to deal with a tragedy".

"I read the full script of Ma Ma in one night, and I fell in love with the story. The topics covered are very difficult, but it is not a depressing film. When the film ends, it makes you want to hug your family and tell them how much you love them. I feel happy because the movie delivers this message."

The film, wrote by Julio Medem, brings together actors such as Luis Tosar, Asier Etxeandia, Alex Brendemuhl and Silvia Abascal. Cruz, 41, has starred in several notable motion pictures, such as Vicky Cristina Barcelona (2008), for which she won the Academy Award for best supporting actress, Volver (2006), Pirates of the Caribbean (2011), Nine (2009) and Broken Embraces (2009).