Huma in London for two months

September 11, 2015
The witty actress Huma Qureshi has been shooting outside the city since the past three
months, and is missing her family.

A source close to Huma says, `She has had tight shooting schedules for her upcoming films. Huma was filming in London, UK, for two months for the Indian version of the Hollywood film, Oculus (2013). 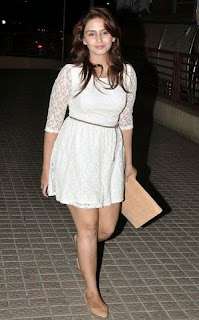 After that, she didn't take a break, and travelled straight to Jodhpur (Rajasthan) for Gurinder Chadha's film. Due to her packed schedule, Huma also missed Eid celebrations with her family this year. She is missing everyone back home.` The source goes on to add that the shoot in Jodhpur will go on for at least two more weeks.

Confirming the news, Huma added, `This is the longest that I have been away from home. Though I have been thoroughly enjoying my work, at the end of the day, I miss home.`