Zac Efron features as a DJ

August 30, 2015
Actor Zac Efron, who features as a disc jockey (DJ) in romantic comedy "We Are Your
Friends", shared that he did not have real lines during the shoot in California State University, Northridge but the shoot was fun.

`Shooting at California State University, Northridge (CSUN) was a lot of fun. I didn't have any real lines and most of the extras had no lines so they weren't really able to speak back to us, but it was great to watch everyone's interactions with all the girls," Efron said in a statement. 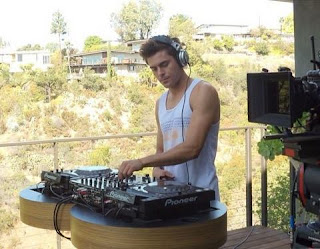 "My character was supposed to be a little more reserved, which I was happy about, 'cause I don't know how they do what they do. They were hilarious,` he added.

For an early scene, Efron spent an entire day among a group of extras, while the cameras caught them running up and down the steps of the library of California State University Northridge, handing out fliers under a sun that blazed over 100 degrees.

The 27-year-old, who rose to fame after the "High School Musical" series, will be featuring as a 23-year-old DJ Cole in the film.

"We Are Your Friends" will be released by PVR Pictures in India on the September 11.