August 30, 2015
If sources are to be believed, Salman Khan is keen to do more than just act in Sooraj
Barjatya's 'Prem Ratan Dhan Payo'. We hear that the superstar has insisted on supervising the edit process for the family drama. 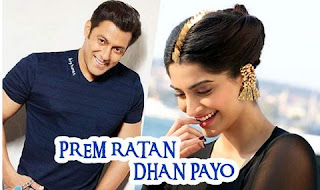 A unit hand says, "A few days ago, rough footage spanning 150-odd minutes were shown to the cast and crew. The general feedback was positive, but Salman wants to be involved in the final edit. After some remaining portions are shot over a forthcoming 15-day schedule, the film will go to the post production stage."


Salman has apparently monitored the edit of his upcoming production venture, 'Hero', which will mark the debut of Sooraj Pancholi and Athiya Shetty. A source close to the actor says, "Having been in the industry for so long, Salman has great experience and insight, and supervised Hero's editing. As far as 'Prem Ratan Dhan Payo' is concerned, he has been keeping an eye on the footage after every shot. However, it is not like he wants to call the shots. Sooraj Barjatya and his assistants will also be part of the editing. Like any other actor, he suggests changes and at times, they are incorporated as well."