"31st October", a film based on the assassination of Indira Gandhi and the events that followed, was screened on Saturday at the Rose Theatre, Brampton," read the festival's official site sikhfoundationcanada.com.

The movie is said to be a true life story of a Sikh family in 1984. 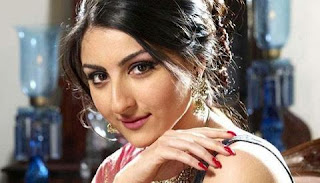 "We begin the film with Indira Gandhi's assassination and we show how a family survives. People have died, become drug addicts, and we have a widows' colony. The impact of 1984 has been disastrous and permanent.

"By making this film, I am not inviting controversy or stirring a debate, but I want people to realise that such acts should not be be repeated," said the film's producer Harry Sachdeva.

"This film is not just based on Sikh community, it's based on Hindu and Muslim communities as well. Each and every one will relate to this film," he added.


Soha also took to micro-blogging site Twitter to share the response of the film at the special screening.

"Receiving so much love from people out in Toronto, glad to hear that you all loved the film. @SIFFToronto @31stOctFilm, Soha, who had earlier shared that the makers of "31st October" are looking forward to release the film on the same date in India, tweeted on Sunday.

The three-day festival will conclude on Sunday.

SIFFT is presented by the Sikh Foundation of Canada, which promotes greater understanding of the Sikh presence in the country and highlights their contributions with a focus on arts, education and culture.