Director Brian A. Miller's latest action-thriller "The Prince" fails to rise in stature beyond the first frame.

With an A-list star cast and an intriguing montage that rolls in the beginning of the film, which promises to deliver something exciting and unusual, the film ends on a disappointing note. 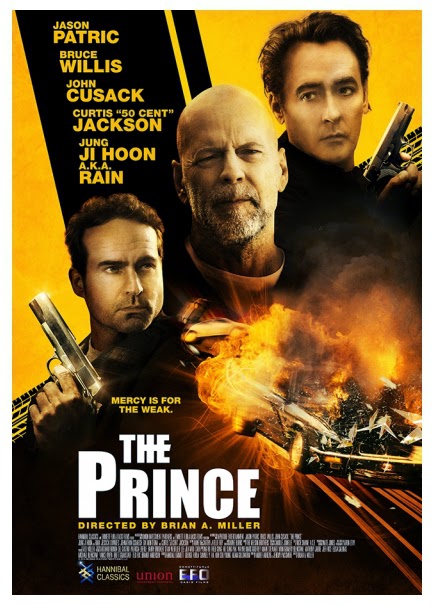 The premise of the film is similar to the 2009 released, Lian Neeson-starrer film, "Taken".

Unspooling a revenge drama, "The Prince" is the story of a reformed hit-man's search for his missing daughter.

Based in Mississippi, the long-distant single parent, Paul (Jason Patric) discovers that something is amiss with his daughter Beth (Gia Mategna), who is studying in college in New Orleans, after he fails to connect with her on her phone.

So after landing at her place and breaking into her apartment, he seeks assistance from one of her school friends Angela (Jessica Lowndes) to help him track her down. 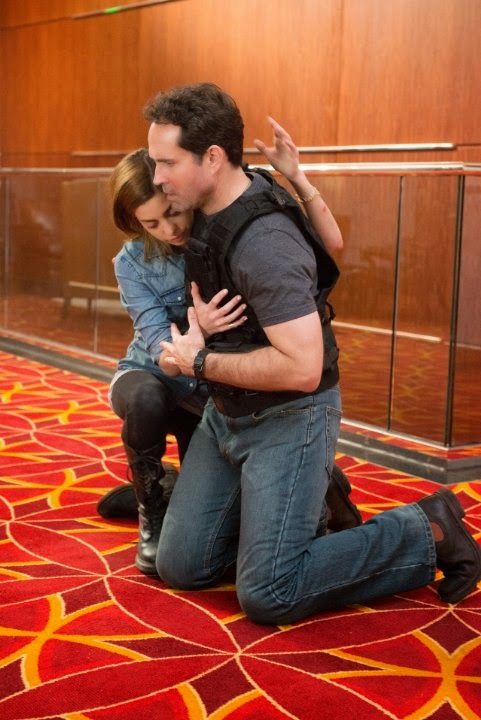 Paul's trail leads him to a drug dealer known as 'The Pharmacy' (Curtis Jackson), who has been supplying heroin to his daughter. He soon realises that his daughter is not an addict out of choice, but is held hostage under the instructions of another vicious crime-lord, Omar (Bruce Willis), who is seeking revenge for an act Paul did twenty years ago.

With a wafer thin plot-line and an equally slim instigating moment, the narration lacks depth. The characters are sketchily etched and the film is laden with plot-holes. The script, by Andre Fabrizio and Jeremy Passmore, hardly has any surprise elements and often resorts to repeating scenes.

The film belongs to Jason Patric, who, with his rugged appearance and steely determination, offers an intense act. Bruce Willis as Omar, is stoic, mechanical and offers a half-hearted performance.

Curtis Jackson hardly has any meaningful moment on screen. Jung Ji-Hoon, the popular Korean pop star plays the cold calculating henchman to Omar. He displays some of his martial arts expertise and is the surprise package in the film. Cusack as Paul's former colleague Sam, who runs a luxury hotel offers some intriguing moments, but unfortunately his character is not written well enough to support his talent. 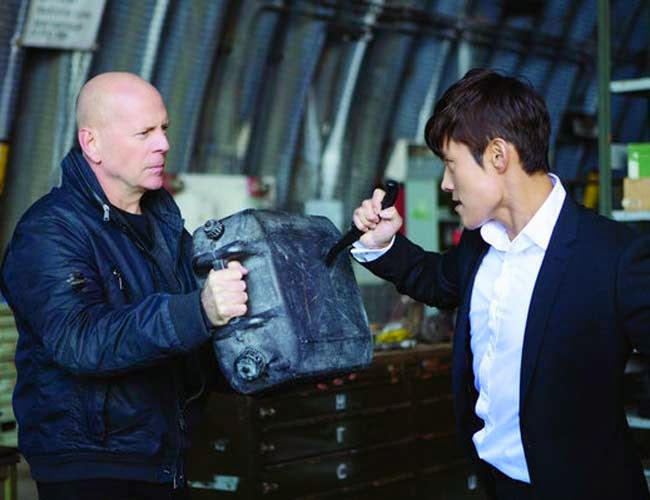 With tight frames oscillating between mid-shots and wide, the film has traits of a home-video-film. The production quality too, is of an average tight budget film, with no frills. The only extravaganza noticed is the splurge on ammunition during the shootout scenes.

The action scenes; be it the shootouts, exchange of blows during the scuffle or the car chase, are mechanical and obviously imbalanced and unrealistic. This is very obvious in the scene where Paul carries his drugged daughter out of the drug lord's lair.

Overall, the film falls short on the directorial front and what adds to the disappointing fare is the bleeping of the cuss words in the dialogues owning to the censor board's diktat.


Watch it only if you have nothing better to do.