After seeing the thousands of cine flicks coming out of the manufacturing units of tinsel town there remains no doubt about the fact that our Bollywood is one of the biggest cine industry under the sun. Out of these thousands of cine yarns manufactured every year there are a few which certainly belong to that controversial guild. But at the same time there are many which despite being rank and file kind on that contentious front end up being in the polemic quagmire. And without an iota of doubt I can say that recently released Deepika Padukone, Arjun Kapoor, Naseeruddin Shah, Pankaj Kapoor and Dimple Kapadia starrer "Finding Fanny" is the one belonging to the latter ilk. 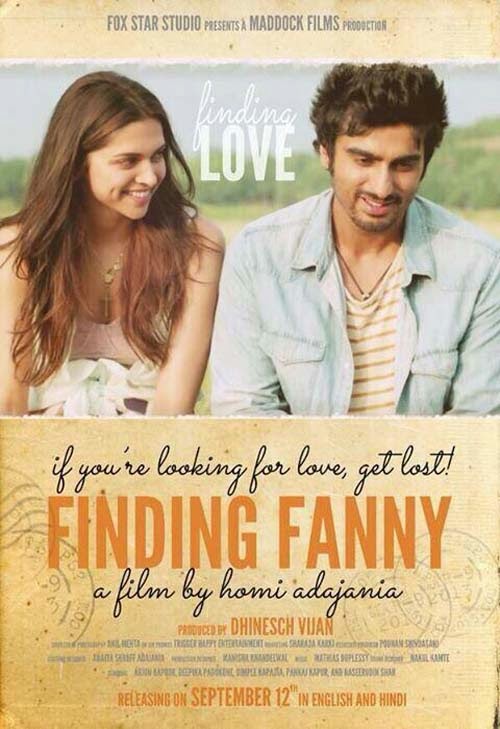 Initially the movie impaled in the claws of Censor board because of V-word, followed by another controversy alleging that "Fanny" word is something hot & naughty explicit in meaning. But eventually vanquishing all the odds this Homi Adjania creation decorated with some of the sinewy performers of industry, finally made it to celluloid and even received a praiseworthy response at the multiplexes. 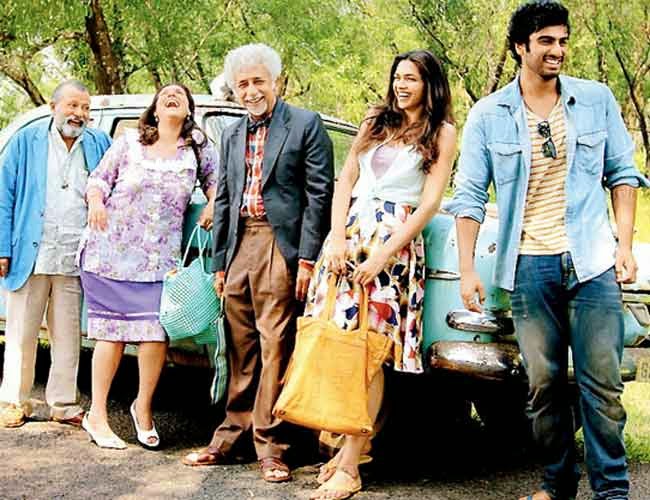 Well over the years by dishing out a diverse range of cine pearls like "Cocktail", "Being Cyrus" and now "Finding Fanny", Homi has thoroughly proved it with sheer conviction that he has got that courage which is required to swim against the flow of the current.


Anyhow, the premise first. Rooted in a slow and simple Goan village Pocolim premise of Finding Fanny soon after marking its onset introduces us to a young widow Angie (Deepika Padukone) who decides to help an old postman Ferdie (Naseerudding Shah) who is mildly depressed after his proposal to Stefanie Fernandez (his long lost lady love) returns unopened after 46 years. In order to help out Ferdie, Angie ropes in her ex flame Savio (Arjun Kapoor) , her mother in-law Rosalina aka Rosie (Dimple Kapadia), and a lascivious nerdy painter Pedro (Pankaj Kapoor) who is fanatic about Rosie and in whose car this search this mission Finding Fanny begins amid a volley of humor and heart warming instances. So what follows and unfurls with premise rolling ahead to know watch this off beat cine creation of Homi Adajania. 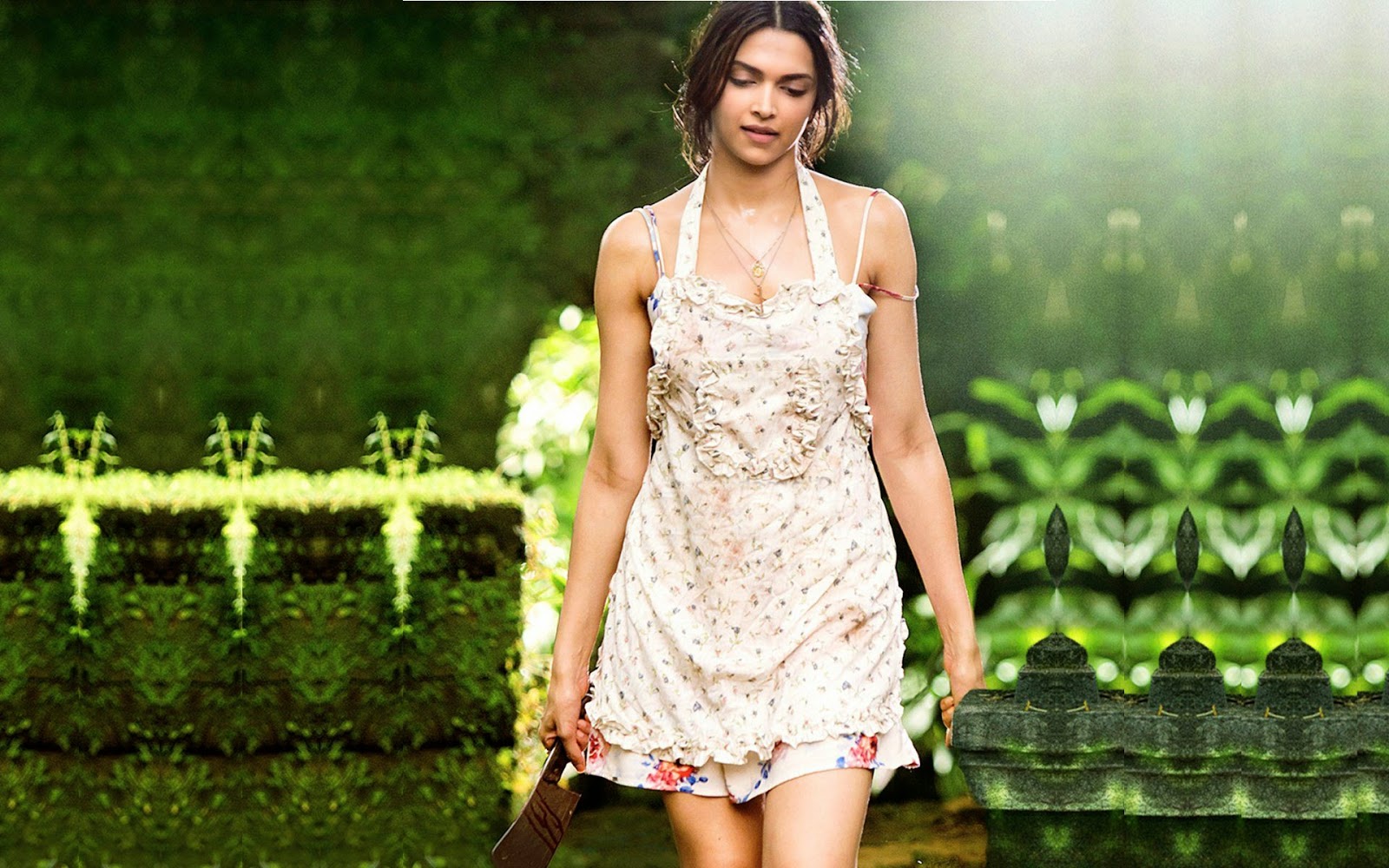 If we talk about the story-line of "Finding Fanny" then certainly it is not something enormously captivating or out of the world kinds, but in-spite of that it keeps your "attention gut" thoroughly indulged in the onscreen proceedings. And the most adorable thing about the narration is that contrary to your expectations it never turns out to be laughter riot rather remains loyal to intent underneath it. But that doesn't mean that it has no giggle worthy moments, it certainly has many. 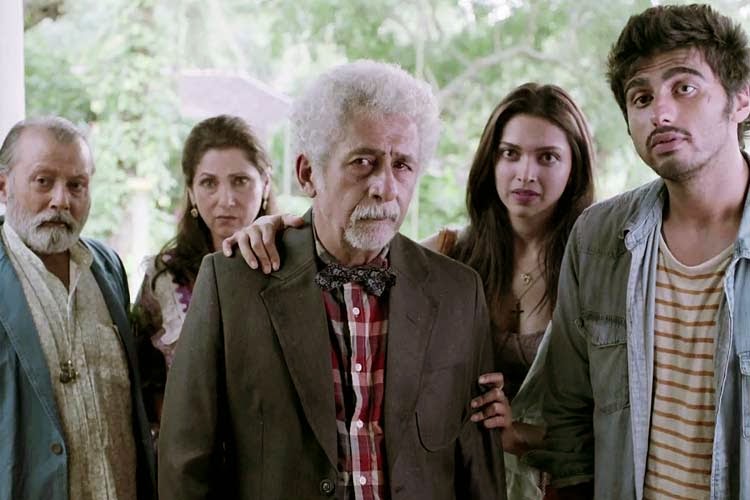 Homi who is often seen loitering in the unconventional and unexplored territory of movie making with this fun filled and emotional road trip called "Finding Fanny" has once again along with Kersi Khambatta stepped into the arena which despite having it's own bunch of bumps manages to keep viewers desirous for more. With none of the ingredients like humor, emotional efficacy or even the curiosity becoming defiant or kicking over the traces, Homi manages to keep the viewers attention staid on the celluloid. 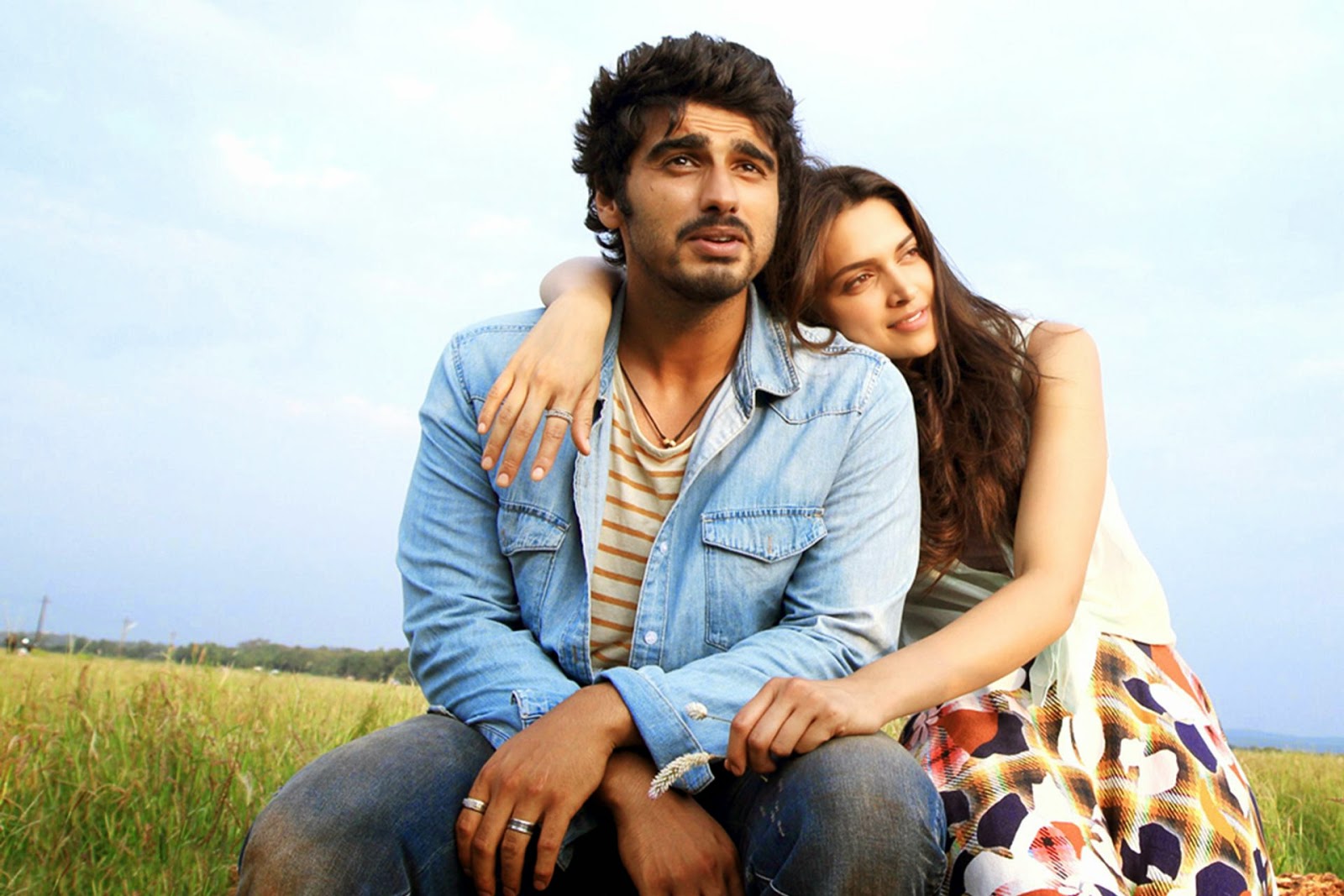 Although at few places you crave for more valid and ostensible justification and copulas for some of the onscreen proceedings, but with some super sinewy performances taking place in front of your eyes, you feel compelled to drop the idea. Unlike some of its contemporary masala cine potpourris "Finding Fanny" finds its own way to your heart and conscious. Despite not having something flabbergasting at its core "Finding Fanny" has its own set of moments to beatify you.


Besides what emerges as the soul of entire plot of the movie is its rendering of human emotions and philosophies pertaining to life. 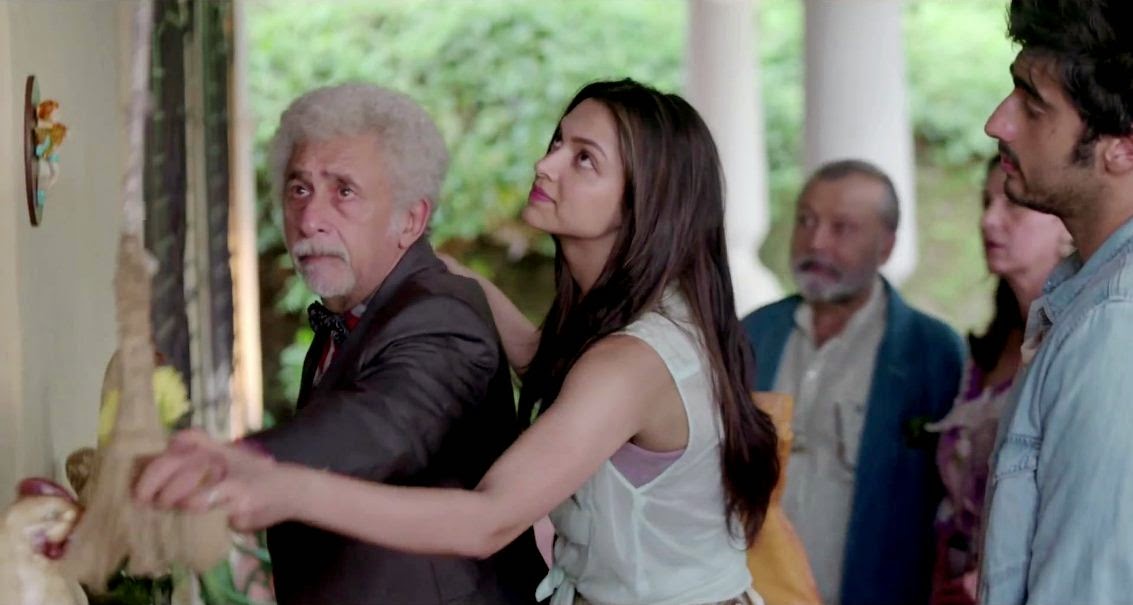 Well it's always a fortune to see iconic performers like Naseeruddin Shah, Pankaj Kapoor et al mouthing some of the heart piercing dialogues on the big screen and without doubt "Finding Fanny" is one such cine chronicle which bestow the viewers with that opportunity where these invincible thespians literally leaves everyone smitten by their rhetoric excellence and one such dialogue which will probably remain with me for whole of my life is the one which Pankaj delivers i.e. "It is very difficult to overcome the fear of dark, especially in the day. Too much light my dear." So a huge bunch of encomium for Homi and his team of scribes.

As stated above that despite having its own bunch of goodies "Finding Fanny" doesn't have the story-line which will take you to an excessively delectable realm. But at the same time there are no doubts about the fact that what "Finding Fanny" loses on narration front it compensates for the same in the storytelling semblance. Just like some of the previous cine flicks of Homi even while watching "Finding Fanny" you gets completely rapt in the onscreen proceedings, despite the presence of "mild-predictability" in the narration. And for that entire credit goes to sturdy storytelling and praiseworthy execution of Homi, who quite often succeeds in seizing the psyche of his viewers by his cinematic virtuosity and storytelling.


Though some of the thrill and commercial entertainer fanatics may find "Finding Fanny" a bit slow paced cine yarn especially around anti climax, but keeping in view the larger cine platter full of whistle worthy performances, mild yet pleasing humor and heart piercing emotional value one can easily overlook this trifling shortcoming. 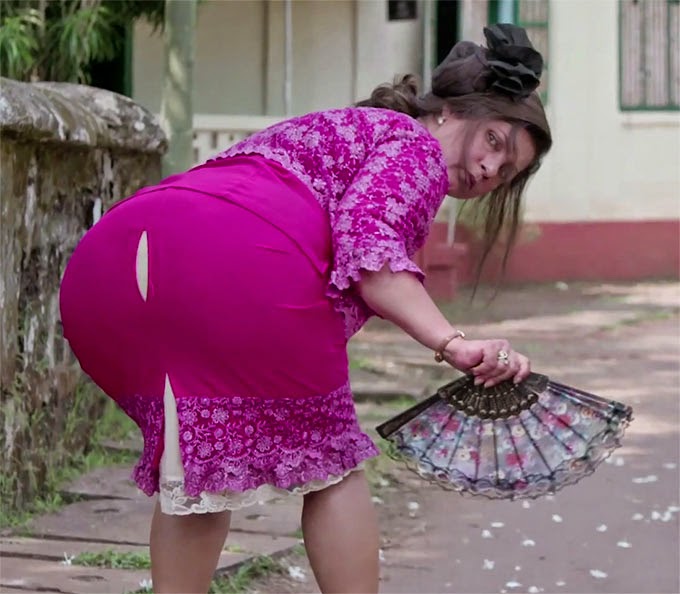 As far as other technical aspects pertaining to "Finding Fanny" are concerned then two names which deserve a special mention for thoroughly aggrandizing the aesthetic value of the movie are that of Anil Mehta and DoP Manisha Khandelwal who not only adroitly ornamented the entire packaging but also created something which is hard to put in words. Editing of Sreekar Prasad again adds to win-win position of "Finding Fanny". Background score of Mathias Duplessy thoroughly gels up with the spirit of the movie.


Well when you have an entire brigade of marvelous performers in front of you, then it's quite difficult of handpick any one of them or to judge who ruled the roost. And so is the case with "Finding Fanny". On one hand it's Naseeruddin Shah who literally leaves you gobsmacked by his acting prowess and shifting composure and ever-since inception till the culmination it's his dumb yet congenial fascination for his ladylove which keep on knocking your heart. 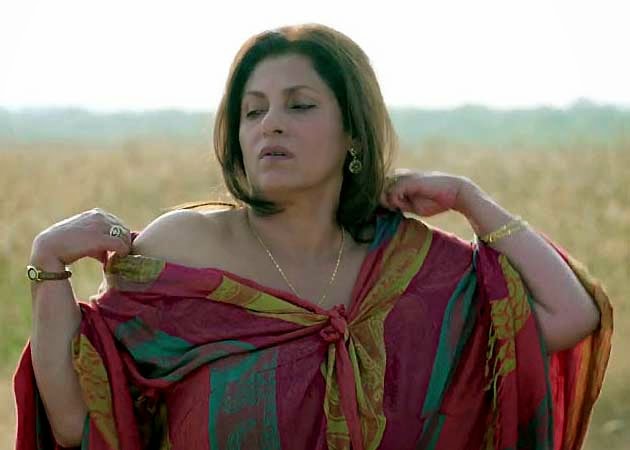 Defying the comity which many of her contemporaries are often seen flaunting in this age of Indian cinema, Dimple looks simply stunning, and through out the run time many a times exposes you to a ROTFL (rolling on the floor laughing) epidemic with her witty yet straight faced ripostes.


As ever Deepika once again succeeds in slipping under the skin of her character and nowhere looks like a novice in the company of sinewy thespians like Naseeruddin Shah and Pankaj Kapoor. With every passing cine flick of his career even Arjun seems to be getting more and more habile and after portraying some grey shaded characters in his last few cine flicks this time succeeds in proving his potential in a brighter character too.


But the man who takes away the entire show by his supercalifragilisticexpialidocious performance is none other than, Pankaj Kapoor. Ever-since the onset of this off beat cine enterprise it's "Praisworthy Pankaj Kapoor" who at once make your attention his slave. Be it about showcasing that attitude of an lascivious nerd or mouthing some of the most commendable dialogues everything Pankaj Kapoor does with such a conviction that with in no time you becomes contemplative about whatever he says. In nut shell all that could be said about the protagonists of Finding Fanny and their performances is that "STUPENDOUS". 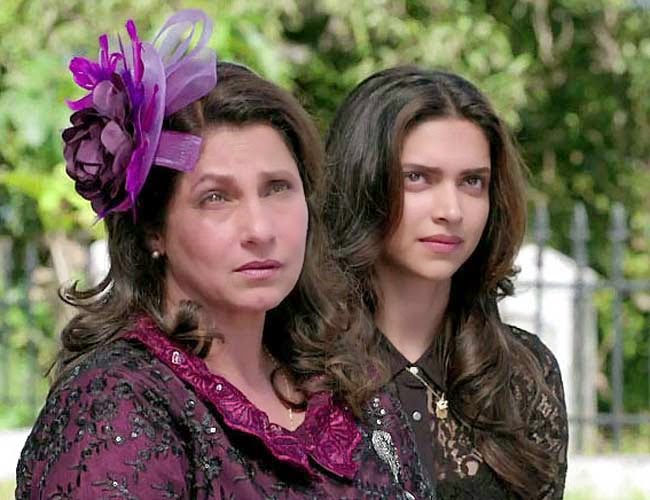 To sum up, unlike many of the recently released cine potpourris marinated in the puree of various ostentatious cine condiments with good amount of commercial value attached to them, "Finding Fanny" is one such cine tome which has its intent scattered at the right places. Besides what segregates "Finding Fanny" from its contemporaries is its spirit of swimming against the current in the era which is predominated by commercial form of cinema. So keeping in view the soul of the movie and some of the most wonderful performances by acting virtuoso like Pankaj Kapoor, Naseeruddin Shah et al I am going ahead with 3.5 out of five stars for this laudable Homi Adjania brain child which is thoroughly quirky and 'HATKE'...