May 06, 2014
Many filmmakers have started experimenting with "no song" movies, but double Oscar-winning composer A.R. Rahman says there are more "longevity" elements in a film with song and dance vis-a-vis one with just the story. The music genius, therefore, incorporates the same formula in his foreign projects, including forthcoming movie "Million Dollar Arm".

"We have started making films with no songs in different genres. But you know there are a lot of longevity elements in a musical than a normal story," Rahman told IANS in an interview.


"When you see a song and dance, you want to watch it again and it creates a good mood even after a couple of watches. Whereas, when you see a film with no music, you might watch it just once or twice. The re-watching element is more in a film with music," he said referring to the fact that viewers would watch such movies again. 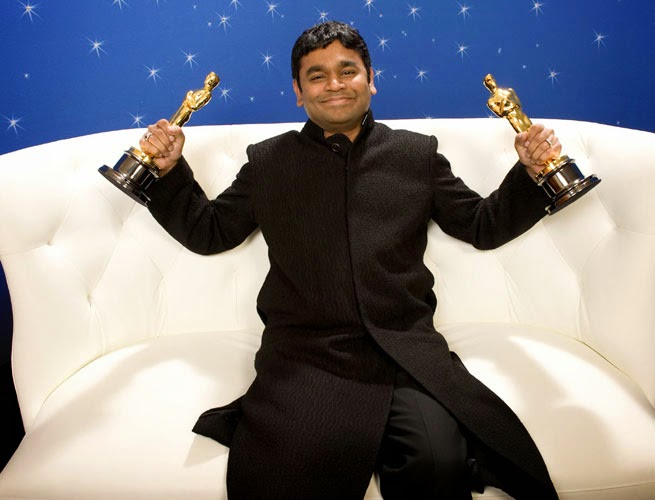 This is precisely why Rahman composes songs even in the English projects he is associated with. One of the best examples is "Jai Ho" from Oscar-winning film "Slumdog Millionaire".


He continues the trend in his forthcoming English project "Million Dollar Arm", a sports-drama, releasing in India May 9.


"It ('Million Dollar Arm') has about 30-40 percent of Hollywood spirit in the music and the rest of it is how I scored 'Slumdog Millionaire'. Although it's an underdog story, it has nuances I had to take care of. It has songs too but not like 'Jai Ho'," said the Mozart of Madras.


Directed by Craig Gillespie and featuring "Mad Men" star Jon Hamm in the lead, "Million Dollar Arm" is about an American sports agent who comes to India in search of baseball pitchers.


Having composed music for Hollywood films in different genres, Rahman signed "Million Dollar Arm" because he wanted to do something Indian with western sensibility.


"I was at a point where I felt I've done films in several genres. I did the comedy 'Couples Retreat', family movie 'People Like Us', adventure movie '127 Hours' and I also did 'Monkeys of Bollywood', the musical. It was like a full circle and I wanted to come back and do something hybrid, Indian and Hollywood," he said.


Popular artists such as Sukhwinder Singh as well as Raghav Mathur collaborated with Rahman on this project. Rahman says the film is about "cultural exchange".


"It's about how a bunch of Indian kids influence an American agent and vice versa. It makes for a great story on cultural exchange," he said.


Although a good portion of the film was shot in India, Rahman said: "The film's music has Indian as well as western sensibilities. The film is not just Indian and, therefore, I had to strike a balance between the two and produce something that could be enjoyed by everybody." 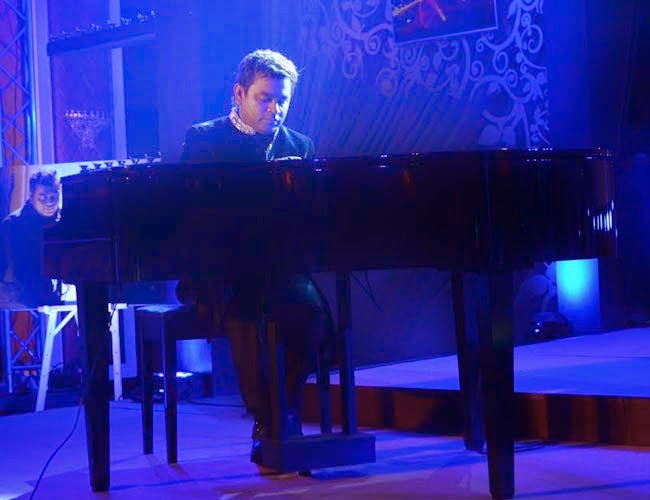 Known for using several Indian compositions in his western projects, Rahman had used one tune from his Tamil film "Thirakkatha Kaattukkulle" in "Million Dollar Arm".

"I never wanted to use the song from this Tamil film. The director and the music supervisor loved the tune and we've used it as part of the soundtrack. It's a soothing number," he said.


In the past, he has composed Indian songs for films such as "Couple's Retreat" and "Warriors of Heaven and Earth".


"It was a whole new team. There was new sound engineer and new music supervisor. I was the only common factor in the team. When I started working on this project everything was very fresh. I also got to work with a lot of new artists," Rahman said.


"I got to work with some amazing names such as Kendrick Lamar, Iggy Azalea and Wale. In essence, it was completely a new team and to collaborate with them and work was indeed a challenge," he added.