Film director Sandeep Verma is raised the real issue, through 'Manjunath', In which an honest Indian Oil sales manager Manjunath was murdered in Bihar in 2005, because of an adulterated petrol sales person was asked to revoke the license of the petrol pump.


​ ​​Film ​turns around ​the area of ​ ​UP Lucknow, Lakhimpur Kheri​ and Sitapur​. Where an honest Indian Oil Sales Manager ​ get the punishment of death as a result of his honesty. A the characters, screenplay and direction of this true incident based Horror Event ​is presented with very Simplicity​ but ​ emphatic. Where on the one hand the Corruption and powerful anti-social elements ​are so powerful, on other hand the Helpless person's pain ​ are so realistic. To hoping ​justice Distressed​ parents ​​​left​ you with ​moist eyes.​ 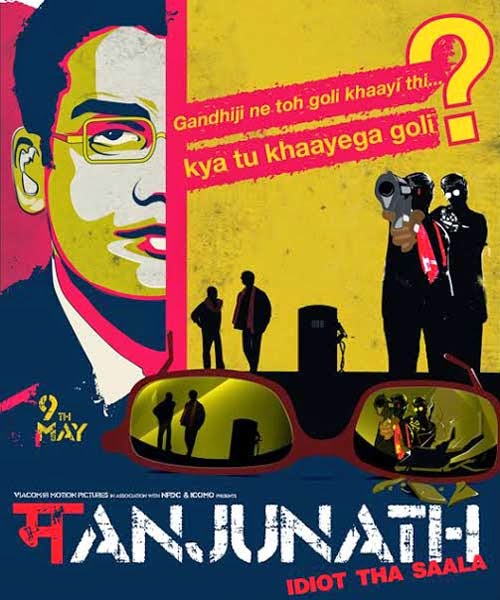 ​ This is a story of a 27 years old honest, intelligent and innocent Indian Oil executive Manjunath (Sasho Satish charioteer). Who passed out from IIM is surrounded by the situations of Theft, adulteration and corruption. And the thing is that he is aware of circumstances of Innocent and poor peoples. But when he tries to intervene and stop all this then he not only find himself lonely and helpless but also the people declared him mentally ill. He wants Screaming, Wants to express his anguish, But he could not even do that.


​ ​He accepts defeat ​ and ​​​Goes back to his home in Bangalore, ​but his ​Honesty and self-esteem ​follow him​.​ ​he again return Uttar Pradesh and join his job in Lakhimpur Khiri. In order to strengthen himself he take the help of Bhagwad Gita. So once again he starts his fight against ​​​Oil Mafia Golu (Yashpal Sharma) ​. What happens after this and does he succeed in his aim or not for that you will have to go and watch the movie.


If the film is viewed as entertainment, In this case, the film has failed. Especially the initial 35-40 minutes of the film Feels quite boring. But as the film moves forward, it seems to be waiting to reach the peak and the time has come When the audience is unable to prevent his eyes moist. After the death of a young and Promising son the parent's grief is very painful.


Talking about the film performances​, the film's​'s​ character​s ​appeared​ very realistic​.​ ​In itself​ every single character Gives ​his ​serious presentation​.​ ​ The film's main character is the Sasho​ Satish ​ ​​ Saarthy, Seeing whose acting you have to think once again that is it a artist or was ​that innocent person with whom the incident took place.​ ​Seema Biswas is very good in the role of her mother.


Among the artists​,​ whose name should be particularly mention h e ​is ​Yashpal Sharma​. ​As​​ Golu​, a oil mafia in Uttar Pradesh has played a dominant role ​. In which seen of film He has come binds the audience. Among ​the other film artists such Anjori Alagh, Faisal Rashid has also done its part beautifully.


Music of the film is very much Resembling​ and melodious and touch the heart very easily. The song 'mast hun main' consoles in the critical and painful situations. The songs credit goes to 'Jal the band'. On the other hand 'bholi bhali aankhe' well, explain the circumstances of the film.