The Duchess of Cambridge, Kate Middleton is an inspirational repeater

April 29, 2014
The Duchess of Cambridge, Cate Middleton, effortlessly manages to recycle her wardrobe in spite of having many privileges, especially sartorial ones, at her disposal.

Her recent official trip to Australia and New Zealand, which came to an end last week, saw her cutting a fine figure in designer wear as she did in looks that featured repeat accessories, a Kate signature now. Her wardrobe for the trip, estimated to be worth $65,000 (approx `39 lakh), did not feature a single new pair of shoes. Everything was repeated, from her wedges to nude pumps and heels. She also refashioned a navy-blue blazer as well as a suit. 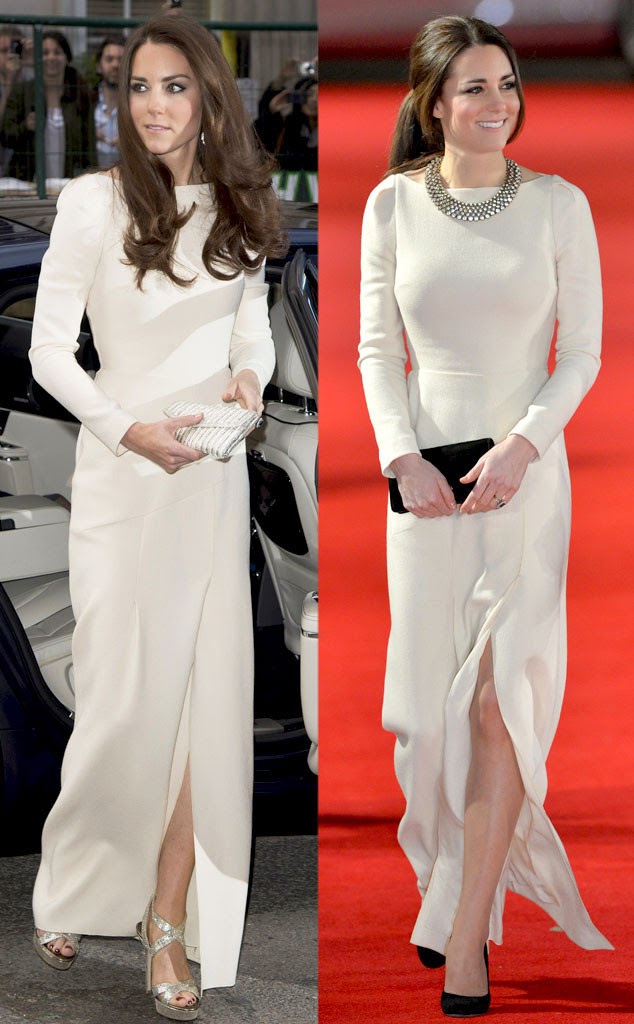 Always well-turned out, Kate has never had any qualms about using her clothes and accessories again. In fact, she has worn her nude pumps, which cost her £185 (approx `18,000) for more than a dozen official appearances as well as personal ones. She has repeated her attire as quickly as three months apart, gaining reputation as a thrifty dresser.


Signifies the impact the Duchess has on fashion and consumers. A while ago, the Kate Effect was noted to be worth £1 billion to the UK fashion industry. She has often been spotted wearing high-street fashion that flies off shelves within days of her


appearances. In fact, as an international daily reports, the sale of nude pumps at a British store increased by 126% this week, after her royal tour concluded. Last year, a maternity brand reported that their sales increased by over 50% after she wore one of their dresses for an official portrait with Prince George.