Sonakshi Sinha trained by Vijendra in boxing at akshay’s gym

April 26, 2014
We had reported how sonakshi sinha’s look as a boxer in Holiday – a soldier is never off duty was inspired by Laila Ali, daughter of sports legend, Muhammad Ali. And it is our own Olympic winner and boxing champ Vijendra Singh who helped Sona play the part convincingly.


All thanks to Akshay Kumar, who's launching him as an actor in his upcoming production, 'Fugly'. Vipul Shah, the producer of 'Holiday'... says the actress wanted to be authentic in her portrayal of the character. 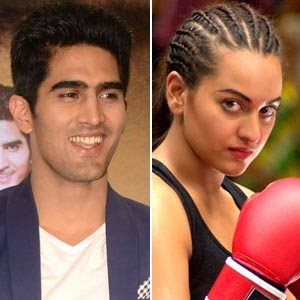 "Akshay got Vijender to train her. The result is so good that we have incorporated one of her sparring sequences in the promos," he enthuses. Vijender says, "At Akshayji's behest, I trained Sonakshi for some days at his gym. I also shared some diet tips with her. She was advised to have only ghar ka khana, that too properly — with roti, sabzi and dal. I also asked her to drink lots of water and avoid high-calorie food." 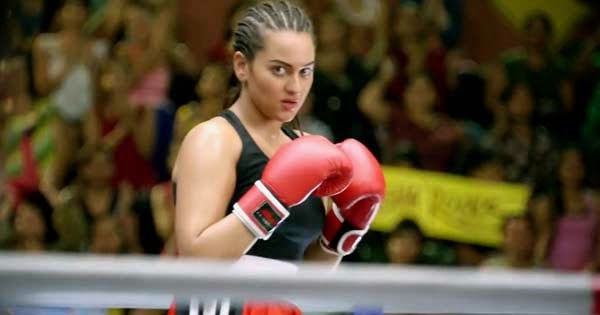 What does he think of his star student? "Sonakshi has performed the boxing scenes convincingly. She's simply fabulous," says the boxer.