April 25, 2014
Set against the political back drop of Chambal and Gwalior in Madhya Pradesh, Kangana Ranaut’s next, Revolver Rani, is the story of Alka Gujjar, a female dacoit who doesn’t walk or talk without Guns. This femme fatale also has her own share of eccentricities and an obsession with “phasion fun and gun”.


In fact, phasion, as she calls it, is one of the most important aspects of Alka's life, and the gangster has a weakness for European couture. Even as she massacres rival gangs and guns down politicos, Alka is always in wacky attires, sporting clothes and accessories that she claims to have sourced from Europe. 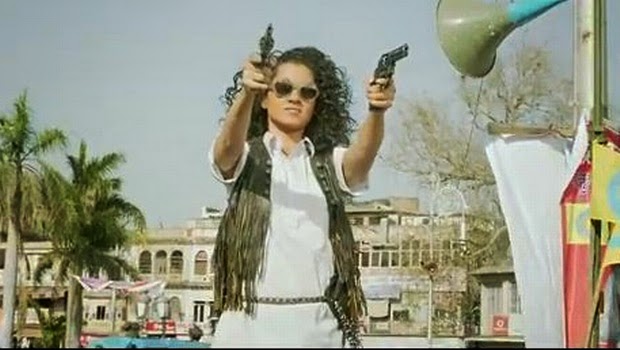 While this adds humour to her character, what adds fear is the heavy-duty action. Kangana had to learn rifle and pistol shooting and she attended several workshops to prepare for the role. Director Sai Kabir, who hails from Gwalior, even helped her with the native diction.

Alka believes in living life to the fullest, especially with her toy boy, a role played by Vir Das. She enjoys his passion for becoming an actor and becomes the producer for him. She even plans to construct a film city in Chambal for him.

Says producer Raju Chadha, Chairman of Wave Cinemas, which is presenting the film, "Kangana was the perfect choice for the film. Nobody else could have done justice to the role like she has."