Like its literal meaning, "Oculus" is an 'eye-opener'. It is an intriguing and a deceptive film, fitting more into the psychological thriller than the horror genre that it is touted to be. 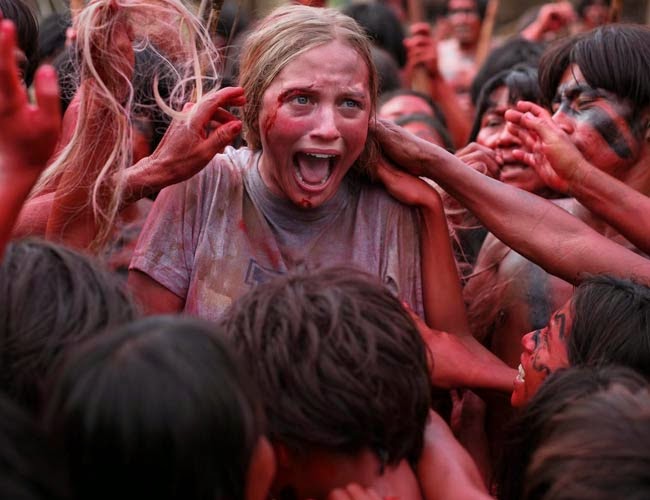 While there are flashes of horror tropes that include a new home, a nuclear family, paranormal activities and a menacing force that induces violence, "Oculus" is a spine-chiller that psyches your mind with reflections of the past shrouding the present.


Oscillating between events that took place 11 years ago and the present, it is the story of the Russell siblings Kaylie (Karen Gillan) and Tim (Brenton Thwaites). They provide the yin and yang of the story.


Convicted for the brutal murder of his father Alan (Rory Cochrane), Tim is released on his 21st birthday from the psychiatric ward of St. Aidan Mental Hospital, after the court is convinced that he can smoothly transit into society.


But the sequence of events that took place years ago still haunts Kaylie, who refuses to understand her brother's justification over what really transpired the night their parents met a violent end.


She is convinced that her parents' death was caused by a supernatural force that existed in "The Lasser Glass", an antique ornate mirror that her father had installed in his home office.


With the help of her fiance Michael Dumont (James Lafferty), she procures the same mirror at an auction. And, she convinces her bother to return to their childhood home, which she sets up with electronic gadgets, cameras, computers, plants, water and a dog to prove her point and destroy the mirror along with the spirit.


During the course of this exercise, the fear factor escalates and the duo lose their grip on reality by experiencing ghost-induced hallucinations and flashbacks that led to the murders. But then, it is too late when they realize that their childhood trauma has once again been rekindled.


Gillian is captivating as Kaylie. She brings in the quiet obsession to the woman stifled with serious emotional baggage, with ease. Equally remarkable is Katee Sackhoff who plays Marie her doting mother. Her various behavioral transitions are marvelous.


With his masochistic as well as sadist tendency, Rory Cochrane offers a nail-biting experience.


But it is the distinct but intensely and internally terrified Thwaites as a rational sibling, who makes the film believable. He excels in his part.


What makes "Oculus" more captivating is the time and space it captures. Without wasting much time, the narration directly plunges into the plot, where the cause and co-relation setting initially creates a conflict in the minds of the viewer. But once you get the hang of it, you cling.


Also, with a majority of the portion shot in the single house and events, past and present unfurling concurrently, the film tends to create anxiety as well as bouts of anticipation.


Based on a short film of the same name, made in 2006, the script co-written by Director Mike Flanagan and Jeff Howard beautifully amalgamates the spirit of fear within the chronicle without resorting to predictable special effects or horror gimmicks that are often connected with ghost stories. However, the actions overlap with each other.


While the visuals have a poetic quality at first, they gradually get frequent and the film's tension between objective and apparent realities loses some of its power. Nevertheless, the film stays focused to its emotional quotient.


Overall, "Oculus" is a well-crafted small budget film that delivers.