Director Christopher Spencer's "Son of God" is a far cry from a faith film as it impassively encapsulates Jesus' life in the backdrop of the Jewish-Roman conflict of that era.


Documented through Jesus disciple John's point of view, where at the very onset of the film, he admits that for the Jewish people, "God was always there in the struggle for the promised land, he was always by our side", the action takes place in Jerusalem, Nazareth and Galilee, where the life story of Jesus unfolds.

A quick summary of events like Jesus' humble birth, his meeting with his first disciple Peter and later rallying others through his teachings, the political undertones between him and the rabble-rousing Barabbas, Jesus attacking the moneylenders and tax-collectors and confronting the crowd when an hottest is about to be stoned along with the various miracles he performed, are mechanically executed like a tableaux that leads to the finale, the crucifixion, which is powerfully accomplished in detail. 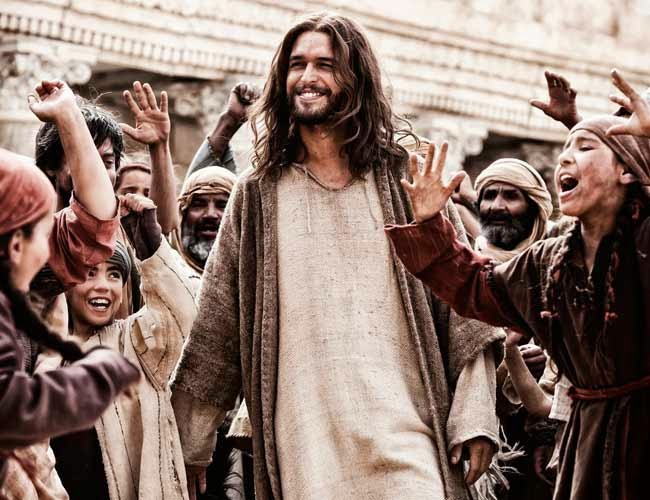 The film ebbs at the ultimate resurrection and finally the camera dramatically zooms into Jesus's eye at the denouement with an assurance, "I will come soon".


Lazily scripted, this is not Spencer's interpretation of Jesus' story as he has blindly followed his source material, the Bible. The film is just a compilation of scenes that highlight Jesus' life journey. The account does not offer in-depth or analytical insights that would lead to any logical take of the events. Instead, it chronicles more like a documentary for a TV channel.


With weak and flavourless dialogues like; "Just give me an hour, and I will give you a whole new life," or "When Jesus spoke, I followed him. Others followed too," that are stoically mouthed, the acting of every character in the film too, is very mechanical and without emotions.


Portuguese model-turned-actor Diogo Morgado plays Jesus with a soft-natured geniality, but lacks the charisma or the zest to portray a strong character like Christ. The only scene that strums a chord at your heart is seeing him suffer while being nailed on the cross.


Roma Downey as Jesus' mother, Mary with her youthful features and no emotional connect between her and her son, seems to be a misfit.


Darwin Shaw as Peter, Amber Roose Revah as Mary Magdalene and Greg Hicks as Pilate had some meaningful scenes and they offer relative justification to the role they play.


Technically, the film's production design is average. The dramatic camerawork of Rob Goldie offers some picture postcard visuals, especially at the Sea of Gallilee and other exotic locales. The music by Hans Zimmer and Lorne Balfe has rich orchestral score and the outfits by costume designer Ros Little adds that zing to capture the era.


Unfortunately, even with an ace technical team, the film is bland and not spirited enough to hold the audience.