There is no denying the fact that nowadays, making both ends meet by tapping on the issues pertaining to 'Mango Man' (common man) has become one of the most favoured idea among those who love to spin money by crafting offerings associated with the issue. 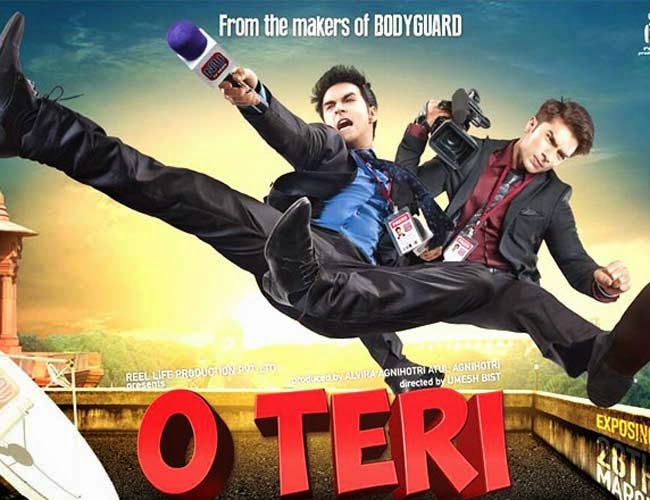 Be it political aisle or showbiz , everywhere it's that "Aam Aadmi Factor" which is filling up the think tanks of those on the top , to come up with one or the other offering to please the masses. And so seems to be the case with recently released journalistic-satire `O Teri` which has scams, Indian Political system, lobbyist and media in its `shooting range`.

Well before going ahead with the biopsy of this recently released satirical-drama it is pertinent to mention here that except present time, where electoral fever gripping whole of the nation with every passing day, and probably there wouldn't have been more appropriate time for the release of 'O Teri'.


This production venture of Atul Agnihotri, directed by Umesh Bist and starring Pulkit Samrat, Bilal Amrohi, Sarah Jane Diaz, Anupam Kher, Vijay Raaj and Mandira Bedi, despite having a backing of Salman could not invite the expected number of foot fall, and opened with a bleak occupancy of 7 percent at the multiplexes. 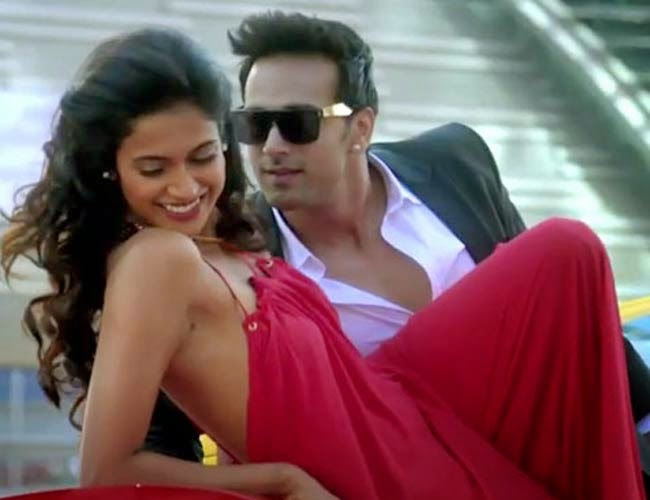 Jotted by Umesh Bist and Neeti Palta premise of "O Teri" narrates the story of two neer-do-well kind of journo, Prantabh Pratap aka P.P. (Pulkit Samrat) and Anand Ishawram Devdutt Subramaniyam \ A.I.D.S (Bilal Amrohi), for whom it's a question of life and death to prove their worth to their senior , Monsoon (Sarah Jane Diaz) by unearthing some big scam. Though each of their efforts go futile, but their destiny takes a turn when a dead body of a murdered CBI official land in their car.

Oblivious about the conspiracy behind, the duo try to make it big news but fail in doing so. Subsequently their fate takes another turn, when a CD exposing the involvement of various big guns comprising of politician, lobbyists, media et al in 'Asian Olympics Games' lands in their hands. So what follows next, does P.P. and A.I.D.S succeed in exposing the tainted elites, or do they themselves end up being the scapegoats. To find out watch 'O Teri'....


As stated earlier that, it is a `Maha-Mantra" these days to knock on some socially relevant issue and get the maximum mileage and outreach among the masses. And if we analyse the script of 'O Teri' then it looks like, before going ahead with the script of the movie script-writers Umesh Bist and Neeti Palta took tremendous pain of doing a crash course of a sort in "Scam-ology of India".


Although in order to avoid any legal hassle they maintained that the movie in no manner is a take on notorious CWG scam, but the high degree of resemblance with the same lay bare the credence of those tall claims.


If we further try to dissect the premise of 'O Teri' then it's not that it shares a similitude with real life incidents only. Besides the writers of 'O Teri' have generously borrowed from the premise of Nasser Saahab and Ravi Baswani starrer cult classic "Jaane Bhi Do Yaaro" too, and the only discrimination which they have kept from the characters of the latter is that, here our good-for-nothing chums are struggling journalists and not the shutterbugs. 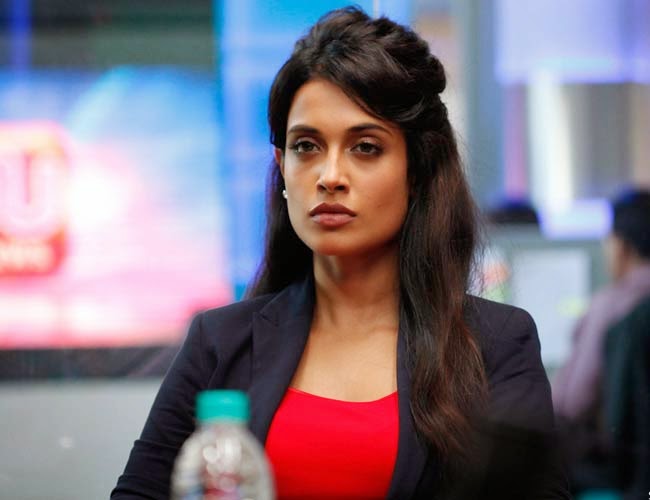 There is no denying the fact that in order to come up with a hilarious yet swiping satire on politico-lobbyist nexus and role of media, Umesh and Neeti have tried to bunch-together nearly everything from the "scam arena" which made it to headlines in the recent past. But their this effort of bringing so many things under one umbrella, somewhere down the line adversely impacted the entertaining efficacy of the movie, where primary objective of the movie straightaway becomes tertiary.

Undoubtedly the story idea which Atul (Agnihotri) and party grabbed to tailor an entertaining cine chronicle is worth a "dekko". But that "something from everything" approach lying beneath storyline up till some extent obliterated the entire focus of the makers, subsequently resulting in the creation of a substandard end product.


And further what adds to the ongoing catastrophe is haywire screenplay. Where Umesh Bist looks even more confused. Probably because of the burden of serving so many things at the same time. Be it the flow of narration or concocting of various cinematic ingredients, everything's is out of the place in 'O Teri'. But yeah the man who did a commendable job is editor, Devender Murdeshwar (not by any magnificent editing dexterity), but by keeping the run time of movie as low as 107 minutes and saving the viewers from getting further brutalized by the onscreen torture.


In the music department, O Teri has some foot thumping numbers, but their being peppy nowhere contributes to their necessity coefficient. And rather they look something un-necessarily obtruded in the movie. 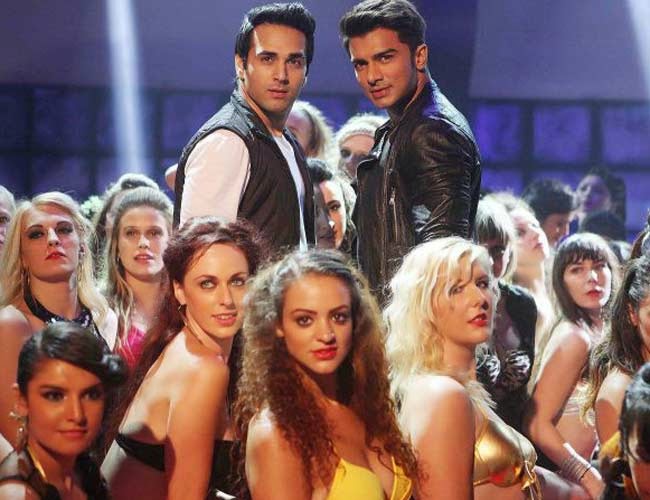 If we talk about performance spectrum then after proving his acting delicacy in `Bittoo Boss` and `Fukrey`, this time Pulkit fails in re-portraying anything luminous. And I felt so because in the past we have seen this talented lad exhibiting his acting adroitness with utmost excellence. As far as Samrat's onscreen ally Bilal Amrohi is concerned then the guy needs to learn to discriminate between acting and going overboard. Probably Bilal debuted in the showbiz in the heat of moment and before taking this quantum leap he should have thoroughly worked upon his acting skills. Sarah Jane has a very limited screen appearance and within that span she is just OK.

Ace performer like Anupam Kher could have been utilised in a more persuasive manner, but due to lack of vision of Umesh Bist, this iconic actor too fails in delivering half of what he could have. Mandira remains in full control throughout her span of onscreen appearance, but due to ill defined character fails in putting her best foot forward. Vijay Raaj effortlessly slips under the skin of his character, but even the marvellous talent of this class performer too remains under exploited. Rest of the cast comprising of Murli Sharma, Manoj Pahwa too succeeds in performing their respective parts satisfactorily.

Earning? Well there are only two things which can make this wearisome so called "spoof on Indian Scam-ology" sail well on BO, and that is either Pulkit's legacy or Salman's backing. Otherwise O Teri has got all the good reasons to make way for cine flicks scheduled to release next Friday. 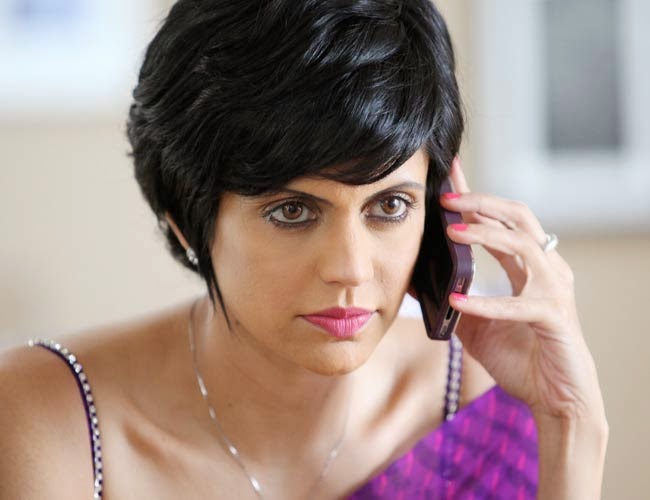 To sum up, with a borrowed premise from yesteryear cult classic `Jaane Bhi Do Yaaron`, and decorated with some of the recent notorious instances from "Indian Scam-ology", ` O Teri` could have been a great cine affair, where it could have presented scams, politico-corporate nexus and role of media in an altogether different hue. But due prevalence of sheer dichotomy in conceptualization and execution and non-unification of the ideas it ends being an irksome affair with tons of tedium in it.

So after undergoing that trauma for almost 107 minutes, I am going ahead with one star for this hope-shattering "cine not-a-delight". And for all those who have some inflated expectations with 'O Teri' all I can suggest is, avoid it if you really want to escape from the guilt of throwing away your hard earned money for something codswallop.