Here's another film after "Transcendence" that is established in a dystopian setting. But unlike "Transcendence", this one is an action film, packed with Parkour thrills, a bit of romance and city politics.


Set in the hard-to-conceive near future - 2018, a news clip bookends the account that summarizes the situation at Brick Mansions, an impoverished ghetto, a land of undesirables that is infested with the underworld activities in the outskirts of Detroit.


The initial high-octane action by an ex-convict Lino (David Belle) wrecking a drug deal that is controlled by a ruthless gangster-cum-drug dealer Tremaine Alexander (RZA) and then using his Parkour skills to escape the thugs chasing him, is the precursor of the events to follow. It is one of the classiest exploits that sets the ball rolling. 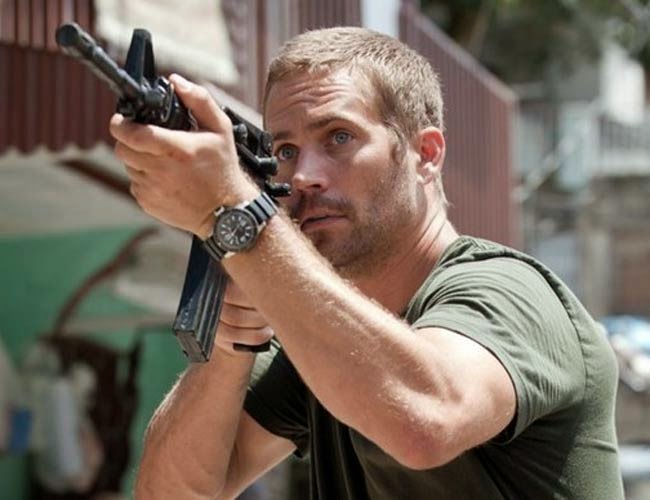 The narration of the saga starts off with a bomb along with a timer device being stolen by gangsters. They then hold the city to ransom by threatening to blow it up.


Detective Damien Collier (late Paul Walker) of the Detroit Police Force is sent as an undercover cop to ferret out Tremaine from Brick Mansions. This is a chance he would not want to miss, since Tremaine had gunned down his father years ago. In fact, Damien is cautioned by his grandfather that, "revenge and justice are not the same thing". Nevertheless, Damien is on the mission.


So in a planned scheme, he befriends Lino and together they undertake the mission to defuse the bomb and avoid calamity.


Once the motivations are established, majority of the time is spent with the principle actors running around a giant complex pulping the villains. Everything that follows is fast and furious. The volley of punches, the car chases, the stunts and explosions make up for a bulk of the screen time.


Paul Walker as Collier is earnest in his histrionics. He delivers every line with conviction and also handles the character's intensely physical aspects with ease. He is ably supported by David Belle. In fact, David steals the show with his agile and swift run-jump-punch acrobatic movements. Together, they share an instant and easy-going chemistry although they hardly speak for most of the film.


But it is the rapper-turned-actor RZA as Tremaine who is the surprise package. He supplies the requisite threat with bluntness delivering messages of deficiency and societal disparity and yet transcends the character to a graph that you will not hate.


Catalina Denis as Lola, Lino's ex-girlfriend and Ayisha Issa as the sadistic, leather-and-chain clad Tremaine's side-kick are the competitive female counterparts, who hold their stead.


The razor-sharp editing with quick jagged cuts makes the action look so fluid and continuous that it is a treat to the eye. The camera-work especially the low and top angle shots that are frequently used giving this film an eclectic field.


The script, by writer-producer Luc Besson, is a remake of his 2004 successful French thriller "District B13", which in turn has the main plot of the city being bombed, borrowed from the 1981 released film, "Escape from New York".


Unfortunately this adaptation has glaring blunders. To start with, at the very onset the setting is mentioned as a 20 acre area which makes the district just a small piece of land. Then, the place is sparsely populated and finally there is no mode of telecommunication projected in the film.


Overall, for first time director Camille Delamarre, "Brick Mansions" carries the uncanny stamp of a hastily made mediocre Luc Besson film. However, it is indeed a great tribute to Paul Walker as it is his last film. He died Nov 30, 2013 in a car accident.