April 20, 2014
After the tremendous success of their first song 'Whistle Baja', the makers of the upcoming movie 'Heropanti' have released the second song for their fans. The lively, peppy track, titled 'Aa Raat Bhar', features Tiger Shroff and Kriti Sanon in the video.

Director Sabbir Khan said, "This song has been shot candidly like a scene and had no specific choreography. It has more to do with the characters of Babloo and Dimpy and the chemistry they share. It is all impromptu."

Set at a party in Delhi, the video beautifully captures the sizzling chemistry between Bablu, played by Tiger Shroff, and Dimpy, by Kriti Sanon, as they match steps to the peppy number. The track with its foot tapping music is sure to have the listeners hooked. 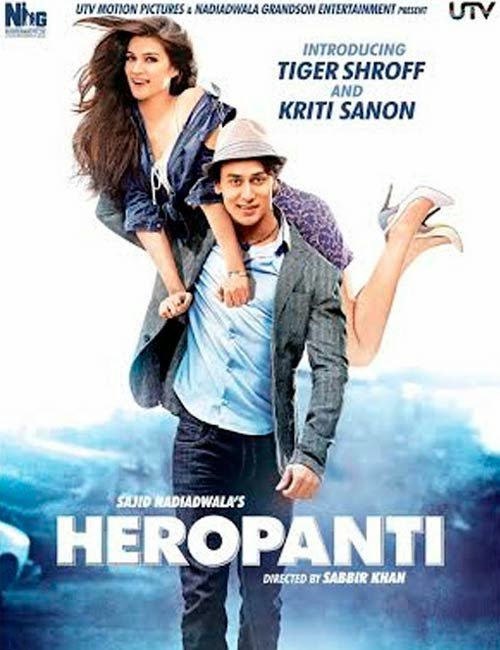 The upbeat song has been sung by brilliant singers Arijit Singh and Shreya Ghoshal and composed by the immensely talented musical duo Sajid Wajid. The lyrics have been penned by well known lyricist Kausar Munir.

'Heropanti' is a coming of age love story of two young conflicting protagonists and their battles with society. Presented by UTV Motion Pictures & Nadiadwala Grandson Entertainment, produced by Sajid Nadiadwala and directed by Sabbir Khan, the movie is slated to release on 23rd May, 2014