From the director of evocative films like "Limitless" and "The Illusionist", "Divergent" is a high-concept film that's brilliantly executed and entertaining. However, it offers nothing exceptional in terms of its plot, which would set it apart from other films of the genre. 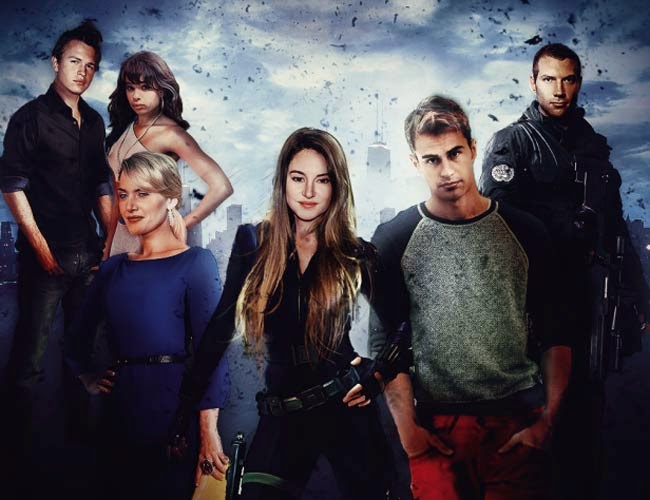 It's a typical story of a young girl in a dystopian state. The narration is layered with lessons of life with overall leitmotifs about self-realization, identity and defying traditionalism in favour of individuality.


With high-octane action, infused philosophy, romance and provocative survival dilemmas, the film is based on the young hot book series by Veronica Roth.


Set in the futuristic barricaded city-state of Chicago "100 years after a terrible war", the people here are living in a society, so reminiscent of the caste system in medieval India where individuals were slotted according to their occupation.


But unlike the Indian caste system, the society here is divided into five factions. Each "acefaction" within the society lives according to restricted values and is dedicated to the cultivation of a particular virtue.


They are Candor - the honest, outspoken opinionated types suited for legality and politics; Abnegation - the selfless, simple folk who are the only ones trusted to hold public office; Dauntless - the brave risk-takers used for policing and military service; Amity - the peaceful working-class who would not tread on others' shoes; and Erudite - the intelligent and brainy who love knowledge and logic.


"Faction before blood" as the old adage goes within the society. Thus, on an appointed day every year, all sixteen-year-olds must take an aptitude test and then freely decide which faction they will join.


Narrated through Abnegation-born Beatrice Prior's point of view, the plot takes a twist when her aptitude test results are inconclusive as she does not wholly fit into any of the groups. It is her journey from a confused girl to a fearless and spirited member of Dauntless faction, Tris to the free-thinking enlightened one. It is her survival tale, literally and figuratively.


Shailene Woodley shines in the strong lead character. Her transition from the lonely Beatrice, which starts off on a little rough note, seamlessly merges with her dauntless character Tris. She is aptly paired opposite Theo James, who plays her instructor-cum-mentor-cum-lover. With his intense look and secretive nature, he interprets his character "Four" very soundly.


Kate Winslet who was immortalized as Rose in "Titanic", leaves her distinct stamp as the antagonist Jeanine, the head of Erudite, in a minuscule but significant role.


All the other performers play supporting characters that are either flat, cliched or embryonic as they don't have much screen time.


Packed with significant and engaging life-lesson dialogues like -- "You need some rules, some methods to survive", "If I am too fast they will kill me and if I am too slow then I die", "The future belongs to those who know where they belong" -- the humour is subtle and one can relate to it.


Screenwriters Evan Daugherty and Vanessa Taylor are loyal to the source material by focussing mainly on the protagonist. In the bargain, the other characters have been neglected, thus leading the plot points to hackneyed set pieces that remind you of scenes from "Harry Potter", "Twilight" and "Hunger Games".


Carlo Poggioli's costumes are classic but with each colour, ear-marked for a particular faction, the visuals get a bit tedious.


But this should not bog you down for the film gives a connecting cinematic experience with its razor sharp editing by Richard Francis-Bruce and Nancy Richardson, vibrant artistic frames by cinematographer Alwin Kuchler along with Han Zimmer's flourishing background score. These keep you glued.


Overall, despite all the minor flaws or cliches in "Divergent", director Neil Burger's minute aesthetic as well as technical trappings, do make many of the surreal moments of the film distinct, interesting and definitely worth a watch.