April 22, 2014
Parineeti Chopra is a self-confessed diehard Saif Ali Khan fan. In her last visit to the Bombay Times office, she had unabashedly said, "I cried when Saif's character died in LOC Kargil. I am a real crazy fan and am ready to play even a tree in a Saif-starrer."


Well, Parineeti doesn't have to settle to play a tree, she will be romancing him around a tree in a love story being directed by Saif's friend and business partner Dinoo (Dinesh Vijan). Dinoo, as a creative producer of love stories like Cocktail and Love Aaj Kal, has closely creatively worked with directors of the films he has produced. He is also a music connoisseur, who has closely worked on the music of his films. 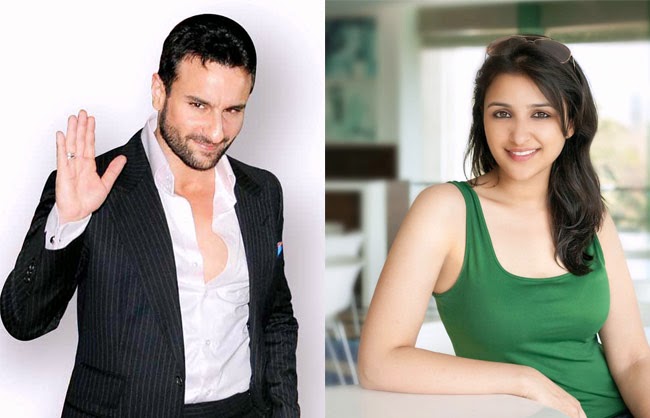 We were, thus, not surprised when we learnt that Dinoo had decided to direct. It's obvious that he would make a love story as that is what he knows best. The film is slated to go on floors end of 2014 after Saif finishes shooting for Kabir Khan's Phantom.