'Captain America: The Winter Soldier' distinct, but only for fans


With its taut editing and well-choreographed, synchronised action sequences, "Captain America: The Winter Soldier" is a sleekly made spy thriller with a super-soldier twist.

It is a cult film with its own set of admirers. Those in tune with Marvel Comics will relish its representation in the cinematic universe, but for others this film could just be one of the ordinary. Nevertheless, the film definitely can't be ignored. 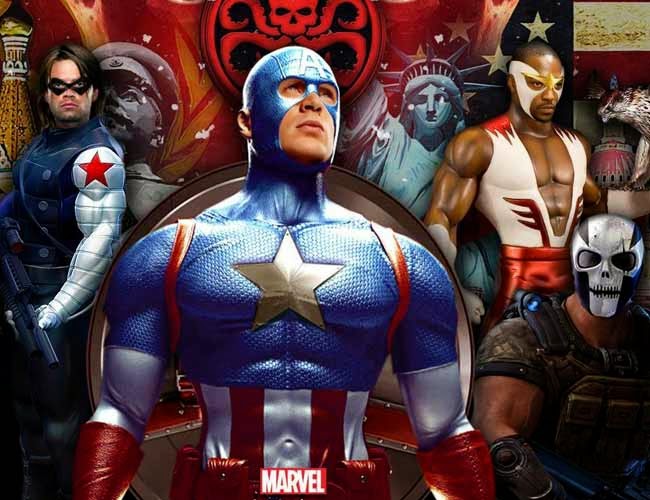 For the uninitiated, Steve Rogers (Chris Evans) is Captain America, the superhero. He is the loyal and brave soldier who during the World War II followed orders without questioning and survived helping those around him.


The film begins in present day, with Steve working under Nick Fury (Samuel L. Jackson) for S.H.I.E.L.D, a top-secret government organisation that protects the world from threats both internal and external.


One morning while befriending Sam Wilson (Anthony Mackie) during a jog, he is swished away by Natasha Romanoff (Scarlett Johansson) also known as Black Widow, for a mission in the Indian Ocean, to save a S.H.I.E.L.D. vessel, which has been hijacked by some pirates headed by Georges Batroc (Georges St-Pierre).


Later, Fury introduces Steve to Operation: Insight - a massive undercover heli-base that is linked by spy satellites designed to pre-empt threats. Seeing this, Steve reacts saying, "This is not freedom. It's fear."


Soon, there is an attempt on Fury's life by police officials and trust issues surface, making Steve's tasks more difficult and challenging.


With world security at stake and an enemy within, Steve is soon termed a fugitive. He has to combat a deadly assassin named the Winter Soldier (Sebastian Stan). Also, during investigation, Steve discovers that another threat, HYDRA, has infiltrated the ranks within S.H.I.E.L.D. and would use Operation: Insight to eliminate potential threats that will not be loyal to HYDRA's cause.


Buoyant and constantly on the move, Captain America fights with the help of his star-studded shield, which he flings like a Frisbee. It makes an interesting piece of self-defence weapon.


In his endeavour, Black Widow and Sam Wilson, also known as `Falcon`, assist him.


With no signs of aging, Chris Evans as Captain America is charming and truly lends life to his character. It is interesting yet incredibly fascinating to watch him catch up seventy years' worth of history, as well as he finds a way to fit into society after his long hiatus.


There is no chemistry between Evans and Scarlet Johansson, but nonetheless, they make a good pair.


With a metallic arm, Sebastian Stan makes an excellent villain, but he barely registers amid the densely plotted tale, as he is not the only antagonist in the film.


There is drama with mild humour. But what makes Captain America: The Winter Soldier exceptional is its action driven plot that keeps its viewers glued.


The visuals, with high-tech weaponry, crunching action set pieces in the obligatory mega settings are wonderful and eye ogling, almost every action sequence here resonates with feats seen before, mostly in Marvel films.


Though the film has a few thoughtless plot holes that could excavate logical flaws, the director brothers, Anthony and Joe Russo have taken great pains to make this film distinct and far superior to the 2011 released, "Captain America: The First Avenger" or any other Marvel Franchises.


Overall, Captain America: The Winter Soldier would appeal only to Marvel Fans.